On Wednesday 19th June I drove from home to Long Marston to see the 2019 event.

It did not disappoint. From the car park it was a short walk across a field, and considering the latest weather, it was quite firm underfoot. After registration and checks to see if HVV and appropriate footwear were being worn (a mandatory requirement) it was off to see the exhibition.

Many companies from the Civil Engineering sections were showing off their products.

One of the impressive items was a tamping machine on stilts. This is transported by road, and when at site, the stilts are lowered, the lorry drives out, and the vehicle is lowered to the rail.

Further on the BTP were giving live demonstrations of anti-trespass operations. They were making use of the redundant LUL D-Stock on hand for Viva Rail to create the the most unreliable trains on the National Rail network.

Viva Rail had there battery test train on show. I had previously had an explanation of this system at Rail-Tech earlier on this year.

Near the main tent a helicopter had landed. On closer inspection it is operated for Network Rail by PDG Helicopters with a Network Rail observer onboard.

I was offered to be shown inside this ‘EYE in the SKY’, along with the thermal imaging, and various other pieces of equipment on board. The helicopter looks externally like a police version and has much the same equipment on board. At the tent it was explained with photographs what its capabilities are. They have various photos of the recent flooding at Thorpe Culvert, the landslip at Corby and some photos of where hot cables have been detected. The observer also said that they have had overnight operations with the BTP regarding cable thefts. 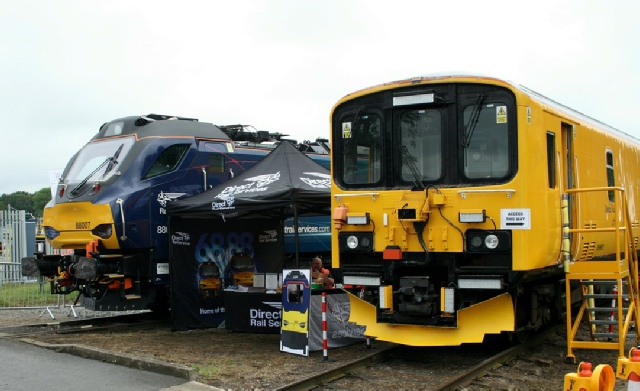 Both GWR and LNER had their Class 800/802’s on show. With GWR also operating special trains from/to London Paddington allowing visitors to easily access the site.

A rail-mounted welding machine was also being shown off – certainly the technology has come on leaps and bounds from yesteryear. Network Rail had their Class 150 Track Recording Train on show, alongside a DRS Class 88 Diesel/Electric locomotive. Both cabs were open for visits. 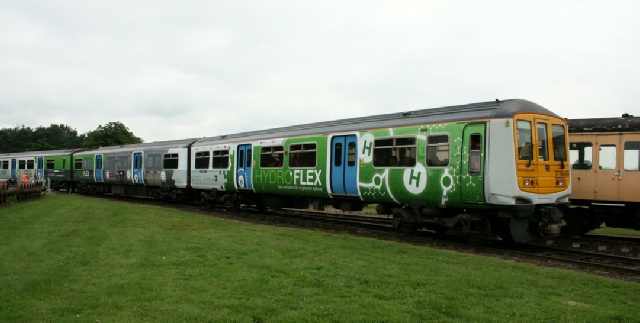 A walk to end of the site revealed a Kirow Crane with a lifting capability of 32tons with the jib down. This is used on relaying sites where whole sections of point-work are lifted into place, instead of separate pieces being joined on site. The vehicles are specially built for this task and I had seen them the weekend before at Bedford during a blockade. 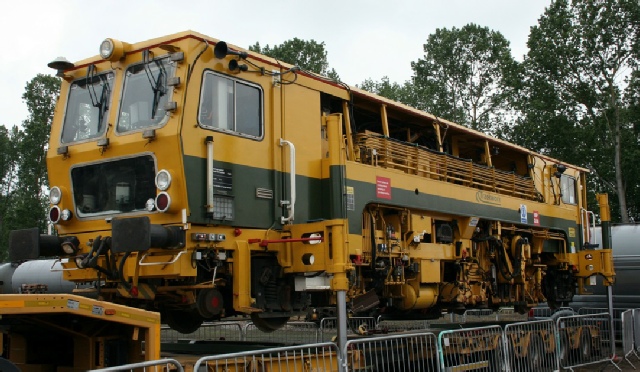 Porterbrook and other associates were exhibiting their Hydrogen Powered Test train (799001), which had one of the vehicles fuelled with Hydrogen powered equipment for traction.

The system operates when Hydrogen and Oxygen are mixed, which provides energy for the traction motors on the train. An extremely interesting innovation. It was even providing a short ride at slow speed around the site. 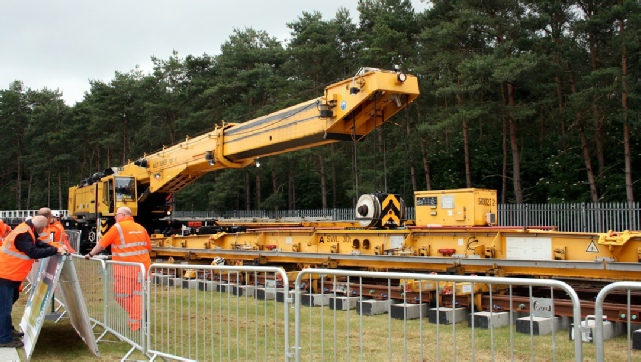 Kirow Crane with a lifting capability of 32 tons