Pictures from our archives, taken on Locomotive & Carriage Institution tours and visits. 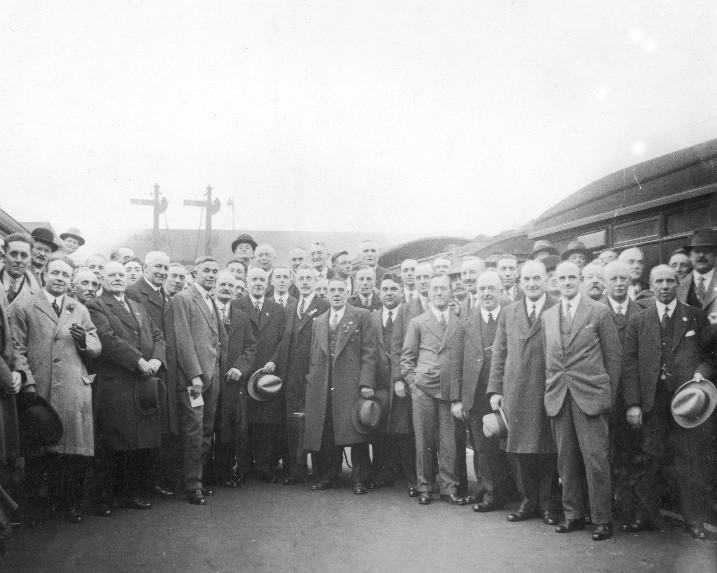 Unfortunately no further details are available for this picture.  Possibly GNR/LNER coach in the background? 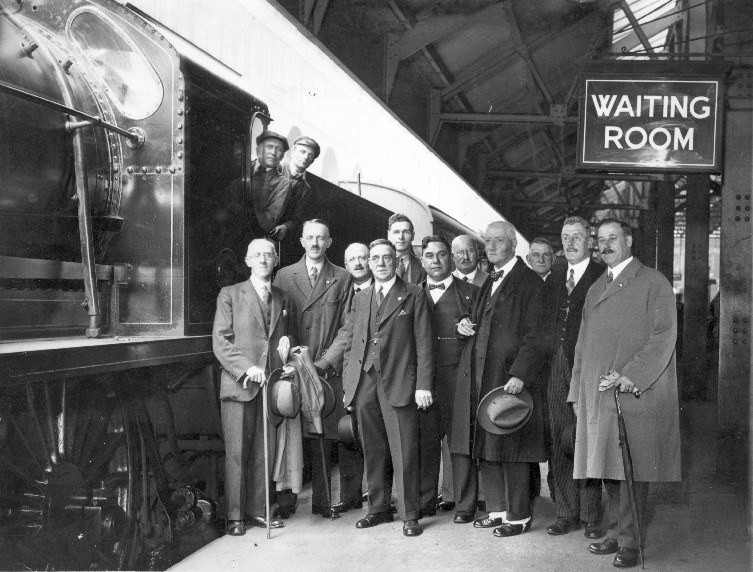 Again, no further details, though it appears to be a Southern Railway Locomotive beside the group 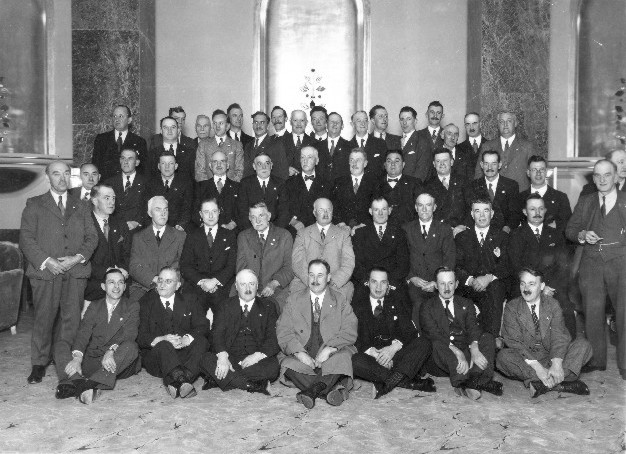 Thanks to a viewer of this website getting in touch having been loaned a report entitled "Locomotive and Carriage Institution of Great Britain - Educational Visit to the Belgian National State Railways, Saturday 13th May 1933" produced by a Mr. Morgan it would appear that this photo was taken  on Monday 16th May 1933 when the Institution visited Antwerp, staying in the Hotel Centuary, described as "a most palatial hotel, with its luxurious lounge, cabaret floor and bedrooms with private bathrooms and telephones".

This picture is taken on Platform 2 of Victoria Station.  An advert on the platform refers to the 1935 Brussels World Exhibition.  The clock in the background is showing the time as 4.15.  So, presumably this is a gathering at Victoria before catching a boat train for a late evening crossing of the channel. 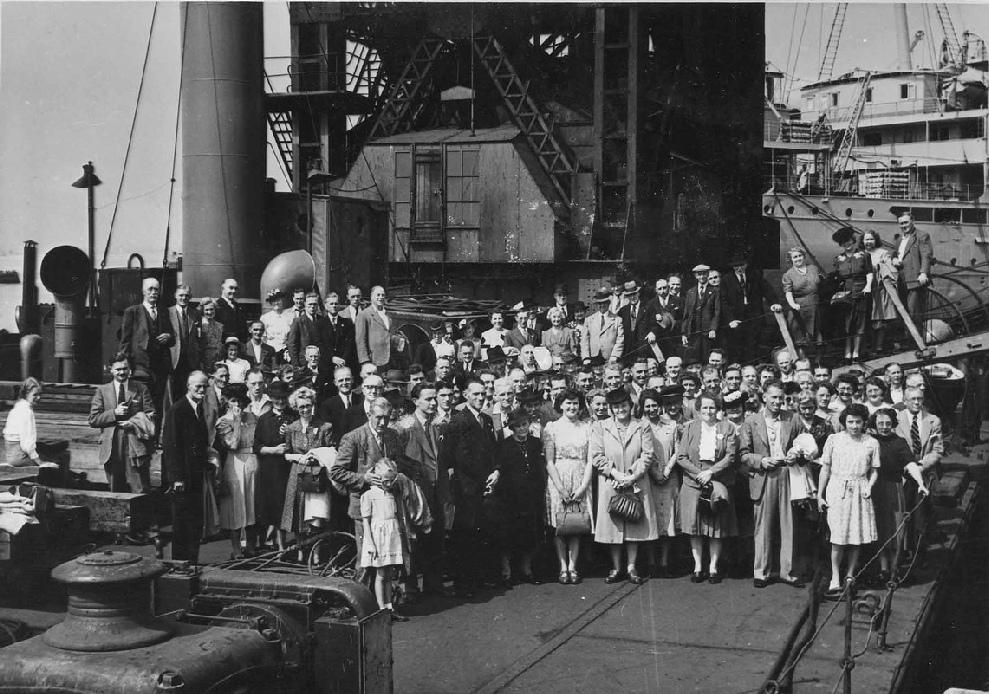 On quay side at Southampton Docks, Saturday August 23rd 1947 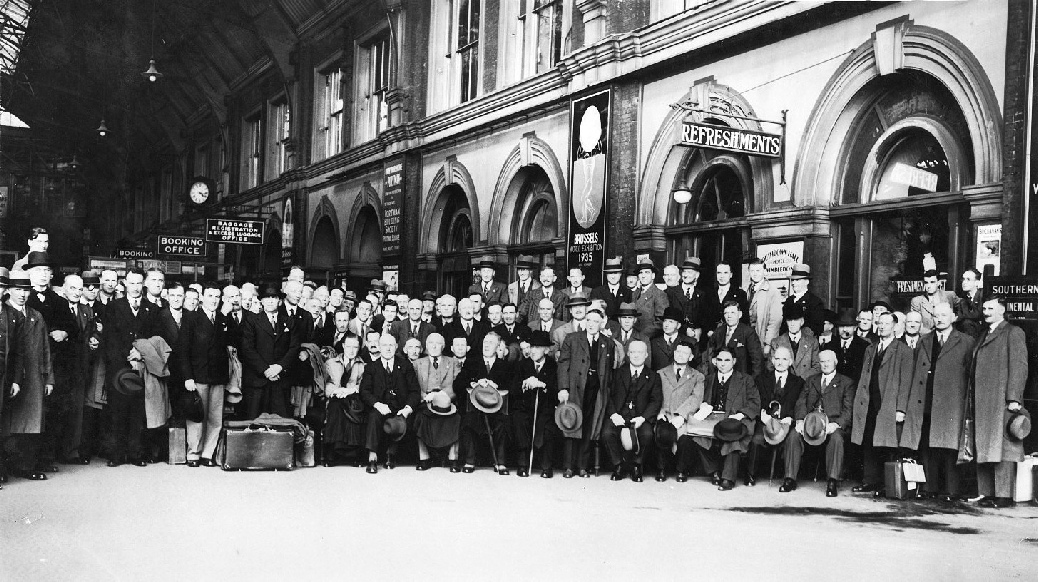 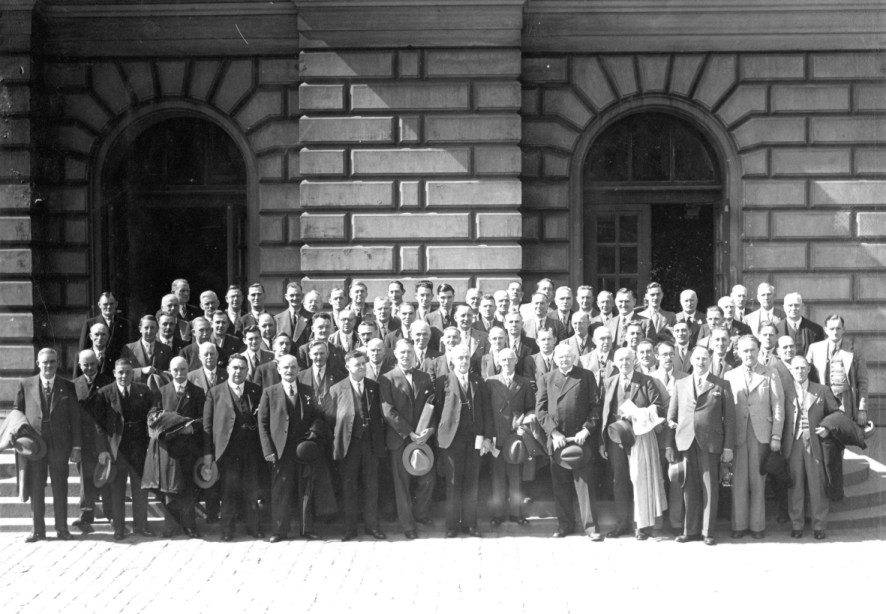 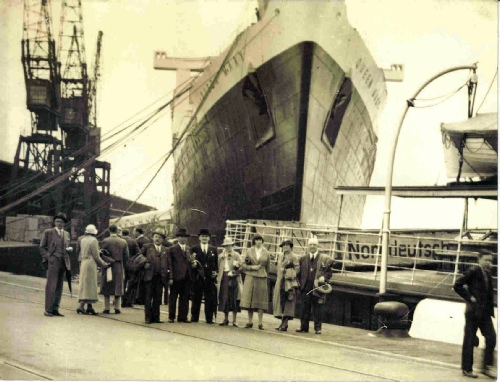 Visit to Southampton Docks believed in 1936 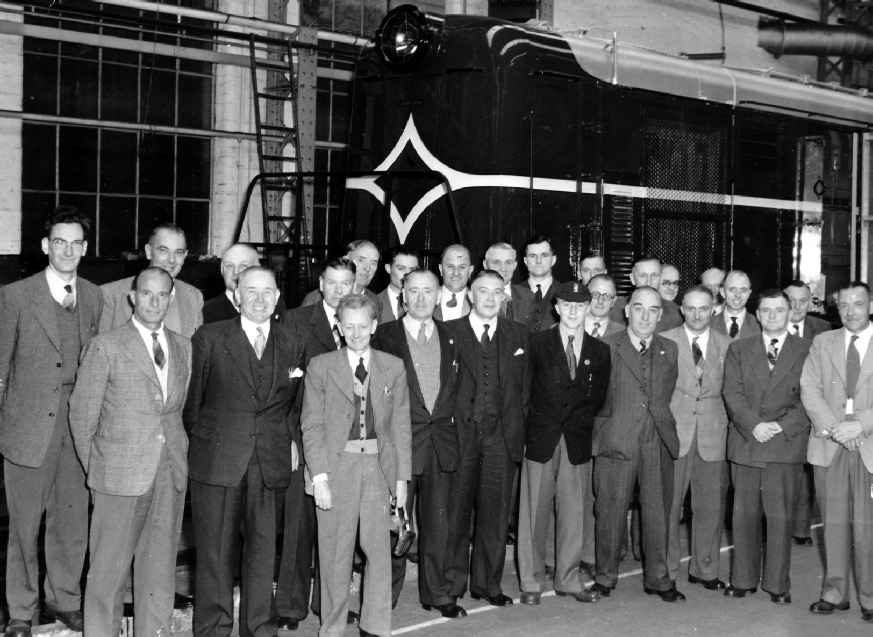 The Doncaster Branch of The Locomotive & Carriage Institution  at  the English Electric Works in Preston.  The loco behind the group is one of the DE Class shunting locos built for New Zealand Railways in 1951-52.

Fred Hallam, (L&CI member and Frodingham Depot Driver) is at the back in the centre.

From our own archives, the Doncaster Branch existed from 1952-1973.  So, by assumption, the photo was most probably taken in 1952.

Permission to use the photo in our archive section given by Bryan Longbone. 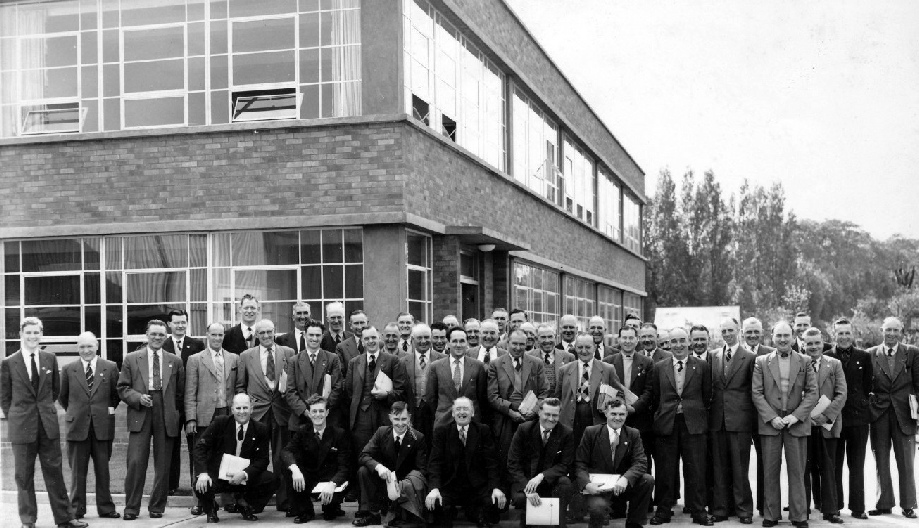 Another photo from the Doncaster Branch of The Locomotive & Carriage Institution, this time at Self-Changing Gear Company (SCG) in Coventry, again without a confirmed date.

Permission to use the photo in our archive section given by Bryan Longbone.