from The Evolution of Modern Traction Seminar on 5th  November 2005

Electrification of this branch line was undertaken by the Dick Kerr company (later English Electric) in 1913 in order to gain experience of electric traction at this potential in preparation for their bid to supply a system in South America (Brazil).  The general manager of the Lancashire & Yorkshire Railway, Mr. Aspinall being a great advocate of electrification following the success of the Liverpool suburban system in 1904 by the same company allowed access to the line provided certain remunerations were forth coming.  Electric trains started running on 29th July 1913, using four coaches (two motor coaches and two trailer coaches) built by the L&Y railway at their  Newton Heath works in Manchester.

The motor coaches were powered by Dick Kerr traction motors, one car at 150 hp, the other at 250 hp operating at 1750 volts dc connected permanently in parallel, current collection being by two pantographs on the motor coach.

Trials were completed by 1916, and as the Bury line was being electrified at 1200 volts third rail it was decided to re-equip the branch similarly. Before conversion could be completed the 3.5 kV system failed in 1917 and for a while 1200 volts were feed into the OHL at Bury was picked up by pantographs of a 3,500 volt motor car and passed by cable to the motors of a permanently coupled 1,200 volt car.  Final conversion to the 3rd rail system was completed on 29th March 1918.

The 3,500 volt stock was put into store where it remained until 1927 when it was used for an experiment in diesel electric traction. One of the motor coaches was fitted with a Beardmore diesel engine of 500 hp and an English Electric generator and other equipment, forming a four car train which operated on the service between Blackpool and Lytham during 1928/9.

The English Electric company provided the first diesel electric railcar for the London Midland & Scottish Railway, utilising the four vehicles from the Holcombe Brook branch these were taken into Derby works where they were converted . One  vehicle was fitted with a Beardmore diesel engine of 500 hp. Comprising of eight cylinders of eight and one quarter bore by twelve inch stroke.  The engine and generator set were carried in a section of the leading coach, 22feet long and partitioned from the luggage compartment with a driving position at the outer end. The arrangement used in the railcar  has in basic principle survived to the present day with diesel engines coupled to main generators on a common shaft with overhung auxiliary machines.

Beardmore was an early engine builder making a variety of engines commencing with spark ignition engines which were produced up to1911. After this they turned to diesel engines. They made a series of railcar engines designed for the company by A.E. Chorlton which had good sales especially in overseas markets where large   diesels were relatively rare.

Following on from the diesel railcar the company developed the Tornado engine, with changes made to increase output and reduce the weight, the smaller 8-cylinder  railcar engine weighed 5000lbs for 400 hp whilst the Tornado weighed 4500lbs for 650 hp. It was this engine that was used in the R101 airship. The R101 was the result of British government initiative to develop airships. In 1924 the Imperial Airship Scheme was proposed as a military project able to carry 200 troops or 5 fighter aircraft. This was expected to require an airship of 8 million cubic feet , well beyond the current designs. Two prototype airships were to be built one by the government and the other by the Vickers company. The building of R101 began in 1926 at the Royal Airship Works at Cardington near Bedford. Following various failed attempts to create new designs the project was delayed until 1929. The R101 was meant to have a useful lift of 60 tons but only 35 tons was achieved, it had two decks and a dining room for 60 people and was fitted with heavy diesel engines.

With various design flaws it was displayed at the Hendon airshow in 1930 where it almost plunged into the ground. Despite these problems the vessel was given a Certificate Of Airworthiness. The R101 departed on October 4 1930 at 6.24 pm for its intended destination in India , over France the R101 encountered gusting wind and crashed into a hillside near Beauvais, north of Paris, then catching fire, 54 passengers and crew died in the crash. According to survivors, top layers of the outer cover and some of the forward gas bags had been torn in the wind causing a loss of flammable hydrogen gas. On impact an engine had impacted the gas bags igniting the gas.  The company of Beardmore were generally exonerated from any major blame at the enquiry 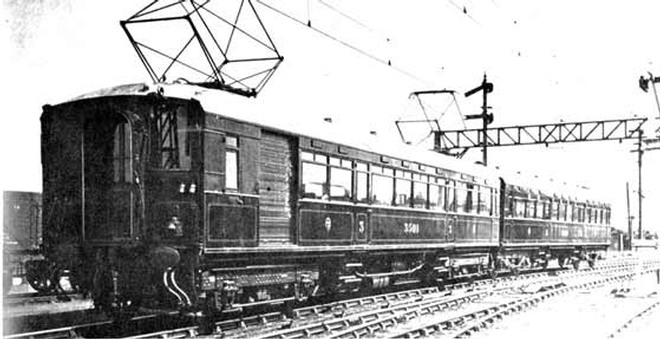