In June 1992 the Institution was treated to a private run from London Maylebone to Aylesbury via High Wycombe on an almost new Class 165/0 followed by a visit to the new Networker Turbo depot in Aylesbury.  The return journey was via Amersham.

Note pictures are scans from prints, so please excuse quality. 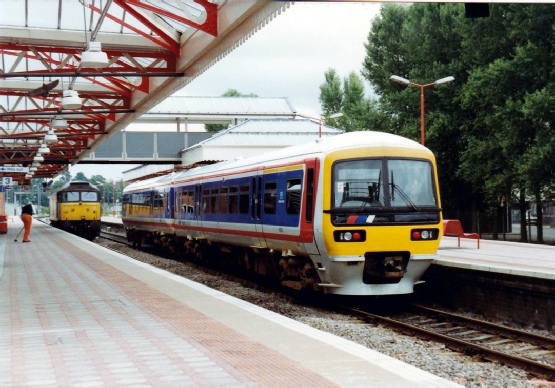 A special train was laid on by Network SouthEast to take the L&CI party from London Marylebone to Aylesbury.  Seen here upon arrival at Aylesbury.  When built there was an issue with the set numbers coming off the cab front, so unfortunately it is not possible to identify the actual Class 165/0 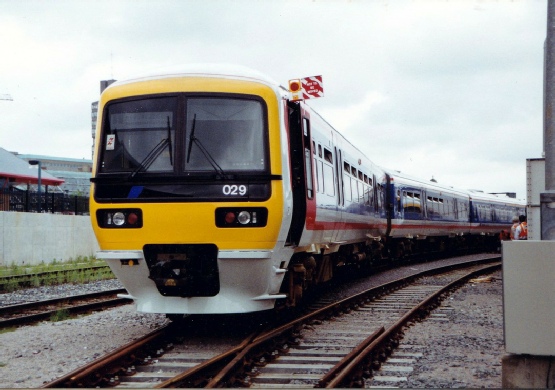 165 029 outside Aylesbury Depot - at least some of the unit number was still intact!  The units were still  immaculate  - note how clean the ‘skirt is around the couplings.  Apparently the outside of the trains were being polished with Turtle Wax to keep them looking good! 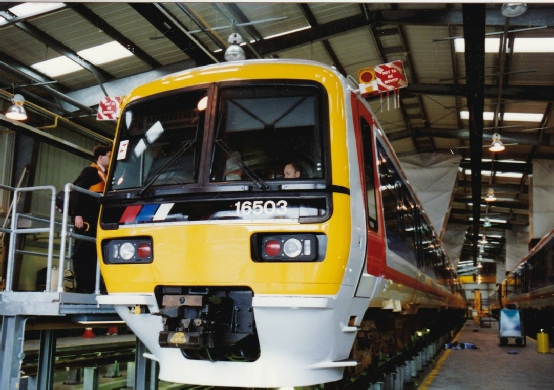 Three car unit 165 03 something inside the depot.  Again note how clean this train is.  Note the ducts coming down from the ceiling which align with exhausts on each carriage, so as to keep the shed air clean 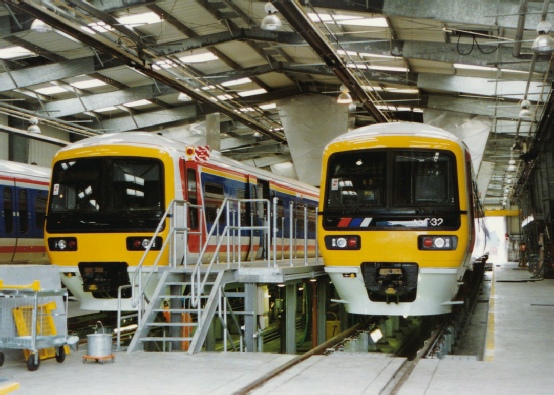 165 032 and an anonymous unit inside the spotlessly clean depot 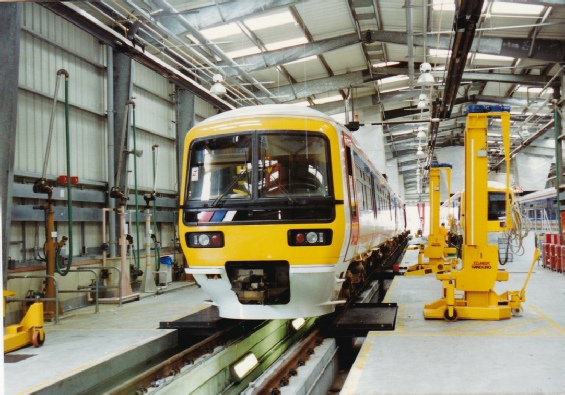 Another anonymous unit sits next to the lifting jacks.  Note the triple pits each side of the rails and the drip trays next to the front bogie to keep the pits underneath clean. 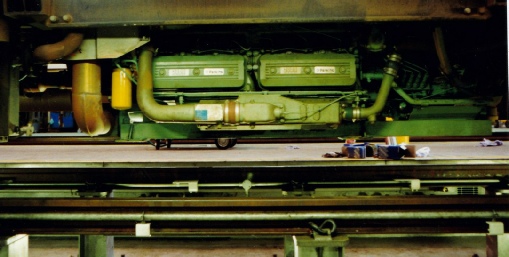 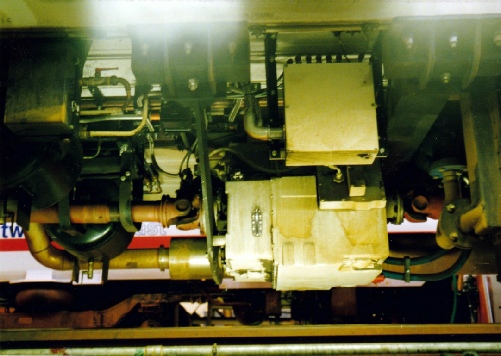 Perkins 2006-TWH diesel engine above and Voith Hydraulic T211r transmission under a Class 165, with the manufactured colours still visible 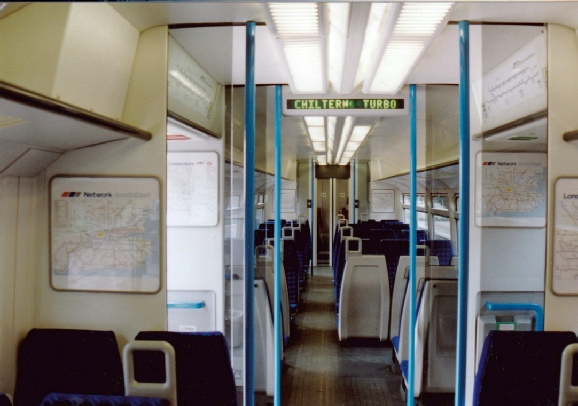 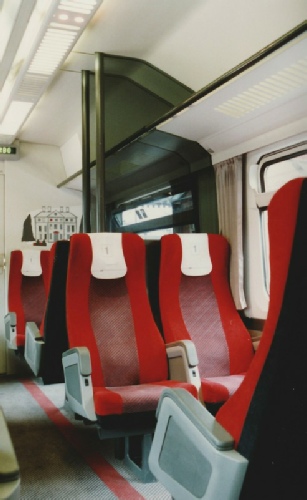 First and standard class interiors on the Class 165/0 as built.  Note the Network SouthEast maps.   The reading light switches under the armrests in first class was a questionable design feature!  Like all Network SoutEast units of the period, they had Edward Pond murals at the vehicle ends, seen in the first class view - sadly now lost.  All the Chiltern 165s are now standard class only, but have subsequently been fitted with air-conditioning. 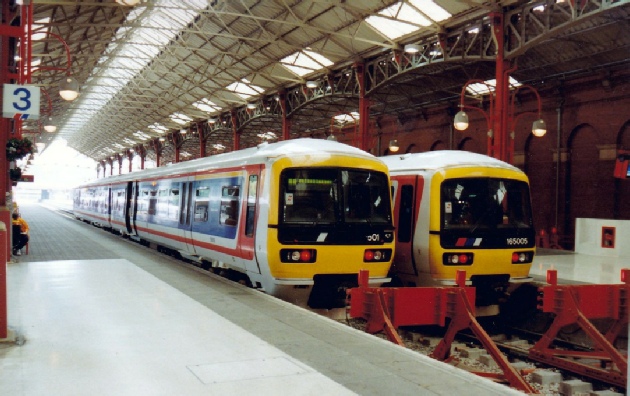 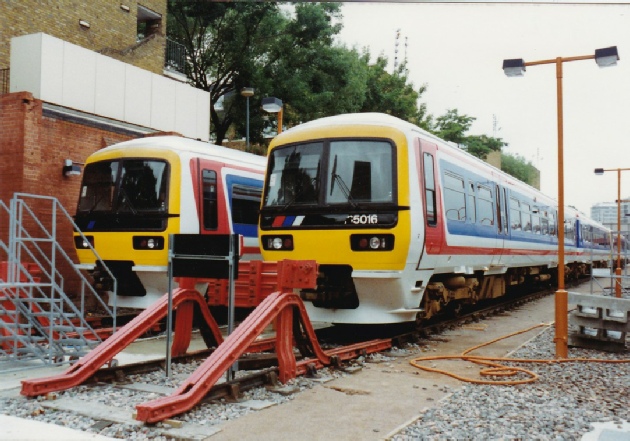 165 005 and an anonymous unit at the buffers at Marylebone.  At this time the station only had four platforms

165 016 and another anonymous unit in the former goods sidings on the western side of the station.  Due to the significant increase in services since Chiltern Railways was formed, the station has since been extended and new platforms 5 & 6 now occupy this location. 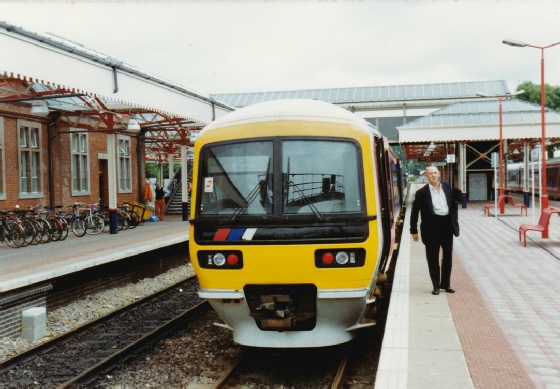 The Institution’s special train shortly before departure from  Aylesbury